Adoptions are a wonder.  Each one is unique.   No birth mom, child, adoptive family or situation is exactly the same.  Every story has its own twists and turns.  Every adoption, even those which are never completed, follows a distinctive trail, gradually revealing its own secret and beautiful mystery… the plan which God had in mind from the beginning.

Regardless of these countless variables, there is one thing we know: adoptions blend families.  Open adoption,  the only type of adoptions to which CPO consents, takes two families who were once separate entities and merges them into a new unit. How this looks in practice is never the same from family to family, each adoption is unique.  The nature of adoption, however, is unvarying.

We also know that each adoption story is centered around a star: the child. The tiny, precious soul whose life begins with a unique journey of love and sacrifice (regardless of what age the child is when the adoption takes place).  Each star, valuable as they are, survives only by the supporting roles of the people around them;  the birth mom- who chooses to make a plan to care for her baby, despite the cost to herself and the adoptive family- who accepts a new life into their home with open and rejoicing arms.  These are the fundamental supporters.  To stop here would already be something beautiful.  For two sets of parents to come together out of love for a child would truly be a miracle in itself.  This would be sufficient to demonstrate the love and the power of Christ. The problem with stopping here is that CPO adoptions are so much more than this.  OPEN adoptions blend FAMILIES.  Often, this includes aunts, uncles, cousins, sisters, brothers… and of course, the greatest of all titles: grandparents.

This particular story has 3 stars.  A focused and athletic son, Tyler (12), a kind hearted and reflective son, Brody(11) and a daughter, Emmy (7), the “spunky fireball.”  Their parents are Bryan and Stephanie Johnson.  Tyler and Emmy were adopted into the Johnson family at birth. Brody is their biological son.  Presently, their family has become a blend of many of Tyler’s biological family members, Bryan and Stephanie’s biological families and Emmy’s biological relatives as well.  These three kids have so many grandparents that a diagram seemed the simplest way to tie their family tree together!  Not that it really matters, ask any of them and they’ll tell you- each grandparent equally claims Tyler, Brody, and Emmy as grandchildren.  Stephanie’s mother, Ruth Ann, says “I really don’t think of Tyler and Emmy as adopted, they are just ours… we are their ‘real’ grandparents, we just aren’t their biological grandparents.” Emmy’s biological grandmother, Laura, says “We love the boys just as much, they’re like grandkids to us also.”\

And what about the honor of being a grandparent?!  Allen Johnson says “It’s fantastic.  It is a pure joy to have them in our lives and to be a part of theirs.”  Kerie is Tyler’s biological grandmother.  She proudly says “I consider the Johnson kids mine. I love them.” Laura comments on the fun of being a grandparent, “I get to sit back and chuckle at the things they do.” Shortly before that statement, Laura had shared Emmy’s similarity to her birthfather (Laura’s son), complete with a hilarious story of Emmy bringing a whoopee cushion to school. It has become all too evident that these grandparents, though their journeys have been difficult and painful, have retained the victory of grandparenting. Even the names indicate their honor: Grammy, Pops, Gramma, Grandad, GG, PaPa, Grandma Paula and Grandma Kerie. They all attend countless events, football games, birthday parties, soccer games and school programs. They do phone calls, texting, and Skyping. Kerie, who lives the farthest away, is able to take them to baseball games and even to the beach when the kids come to visit her.  They are REAL grandparents, each of them.  And for several, this joy followed indescribable disappointment and sadness. “It was so hard and so not what I pictured,” Laura shared. Paula stated she was initially “devastated.” “Tyler was the first grandchild,” said Kerie, “We didn’t really have a choice [regarding] the adoption. It was very hard.” Yet out of the ashes of what looked like hopelessness in each of these families, God has brought, and continues to bring, healing, restoration and sincere joy. “I was heartbroken and it turned into this wonderful thing… it brought new people into our lives,” Laura explained. Paula shared one of her most difficult moments of Tyler’s adoption, leaving the hospital and handing Tyler over to the Johnsons. Paula and her daughter kissed him, told him they loved him, and drove home without Tyler.  It was “hollow driving home.”  The sacrifice was great. No one can refute it. By God’s grace though, they didn’t lose Tyler.  They joined their family with the Johnson family. Before they had left the hospital, Paula remembers Bryan saying “Come and see him any time.”  They did.  Paula and Rachel visited Tyler every week when he was a baby.  Paula shared what she learned: “When you are in God’s will, no matter how hard it is, it is also sweet.”

This is the miracle of adoption.  It is more than sharing a child or staying in touch, “God has intertwined our lives,” says Allen. When they first met, Paula remembers, “I immediately fell in love with them.  We were a family before the adoption.” “Everything fell into place… kind of miraculously really.  The moment we all met we were sure it was going to be ok,” says Laura.  “We all just fit in. When we met it was like we already knew them,” shared Ruth Ann.  These statements are not only in regards to love shared for Tyler, Brody and Emmy, they reflect a love for one another.  As adults their lives have been woven together in such a way as to walk together through gratefulness, excitement, uncertainty, sickness and even immense grief.   A few years after Tyler and Brody were born, the Johnsons lost a baby girl. The year that followed was understandably dark. When they met Emmy’s birth family, they realized Emmy had been given life in the same month that their biological daughter had lost hers. After that year of darkness, Stephanie said that “Emmy was the light.”  These are experiences that transcend the tangible efforts to maintain a relationship. They are moments that permanently bond our hearts to one another; that form the foundation on which the ‘blended families of adoptions’ are built.

What a beautiful foundation for our children to stand on!  All three of these kids are growing up experiencing SO much love.  They know where they belong, and they know from where they have come. “As she gets older she’ll know we have always been here,” says Laura.  Kerie agrees, “He knows he can always come and visit and stay with us. He’ll always be a part of our family, that doesn’t go away.” They will forever stand on the love they see displayed in the adult relationships around them as well as the love they share with each other, with their adoptive and biological parents, with countless other relatives and friends, and of course on the love for and from their grandparents.

To be clear, none of this is to imply that adoptions are always the best choice for every child or family.  Often, parenting is a wonderful and wise decision. Laura mentioned her appreciation that CPO really helps the girls make the right decision for them, explaining, “It’s not all about adoption.”  In this case, however, keeping those tiny stars as the focus led towards one beautifully blended family.  Laura advises, “You have to keep the baby first… We wanted what was best for her. Boy did we get it, she hit the jackpot.” 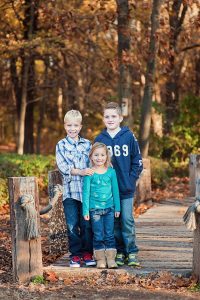 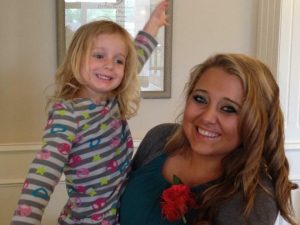 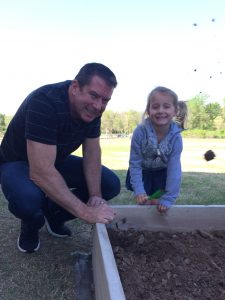 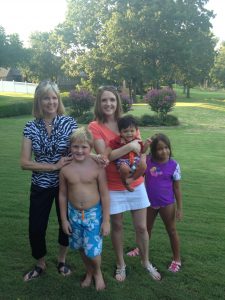 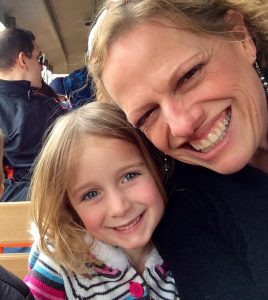 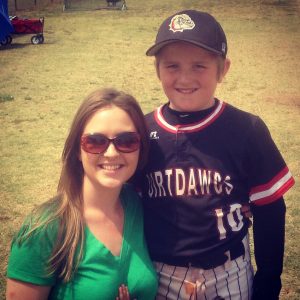