Steven and Kelly Jacobson’s family was unlike most other families that seek to adopt a baby through CPO. When the couple decided to adopt, they already had a household that would certainly be considered plentiful, if not exhausting, by today’s standards—three kids, ages five, four and two years old.

Yet, God’s plan was to bless this couple abundantly more than they could have imagined by guiding their hearts to give and receive love in an extravagant way. “I never, in my wildest dreams, pictured my current life as it is now 20 years ago,” Kelly rejoices. “I would never have imagined I would have seven kiddos, four of which were adopted!”

The call to begin the adoption journey beckoned Kelly persistently. She recalls, “I kept having a reoccurring dream.  I would dream that there were children outside my home in the front yard.  They were sweet kiddos and they really wanted to come inside the house.  But no matter how I tried, I couldn’t open the front door or windows.  It was an unreasonable and silly dream.  After all I had three babies already but I would have this dream most nights.”

When Kelly shared her yearning to adopt with Steven, he had concerns. What if they didn’t bond with an adopted child the same way they had with their biological children? He suggested they become foster parents, which they did. Steven bonded strongly and quickly to the foster baby; although the baby ended up being adopted by relatives, the experience convinced Steven that the bond between a father and his biological kids and adopted kids was exactly the same. 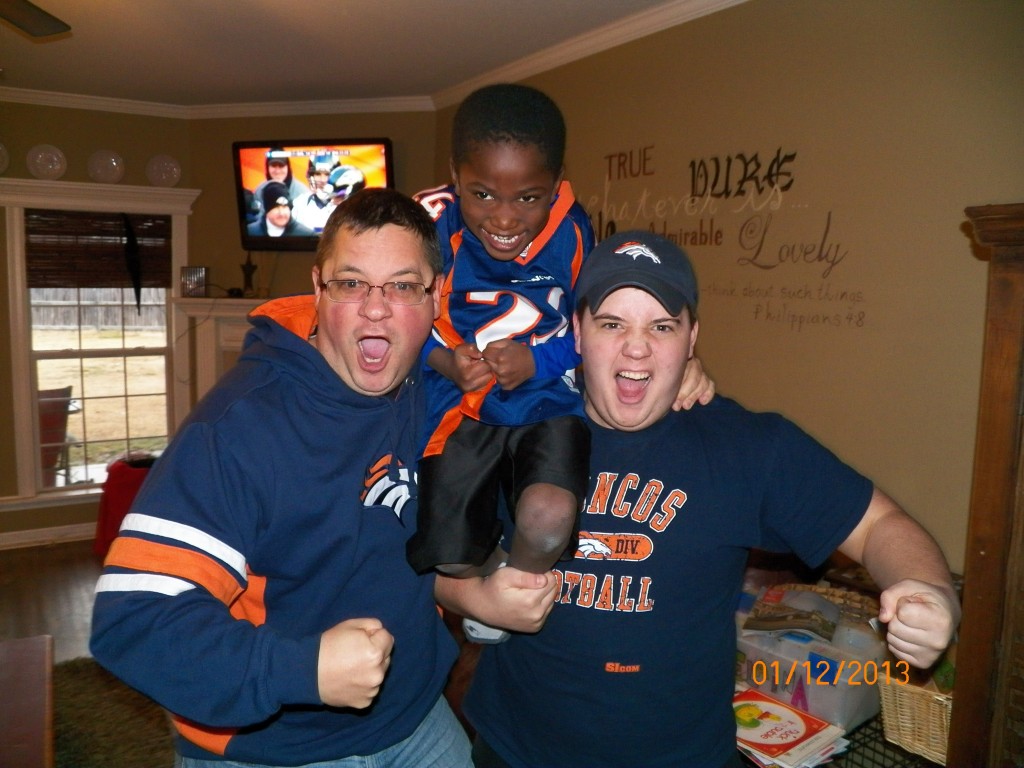 Biological or adopted, a father loves his children equally.

With that confirmation, Steven and Kelly put their life book in to CPO. They were willing to try an open adoption and adopt a baby of color, for which sixteen years ago, there was a great need. They were chosen three weeks later. 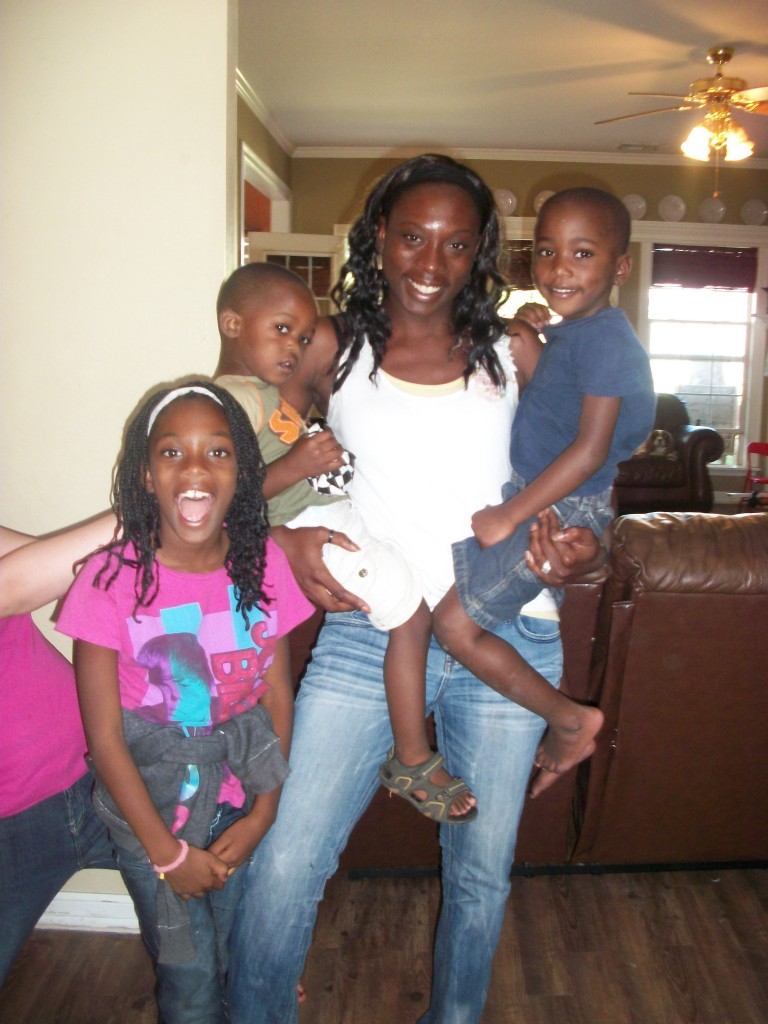 Some of the Jacobson kids with Zac’s birthmom.

Today when the couple sees their family all together they overflow with joy and satisfaction. “Who would have thought they are all ours?  The blonde toe heads with blue eyes, the ones with brown skin and curly hair and the one in between!” 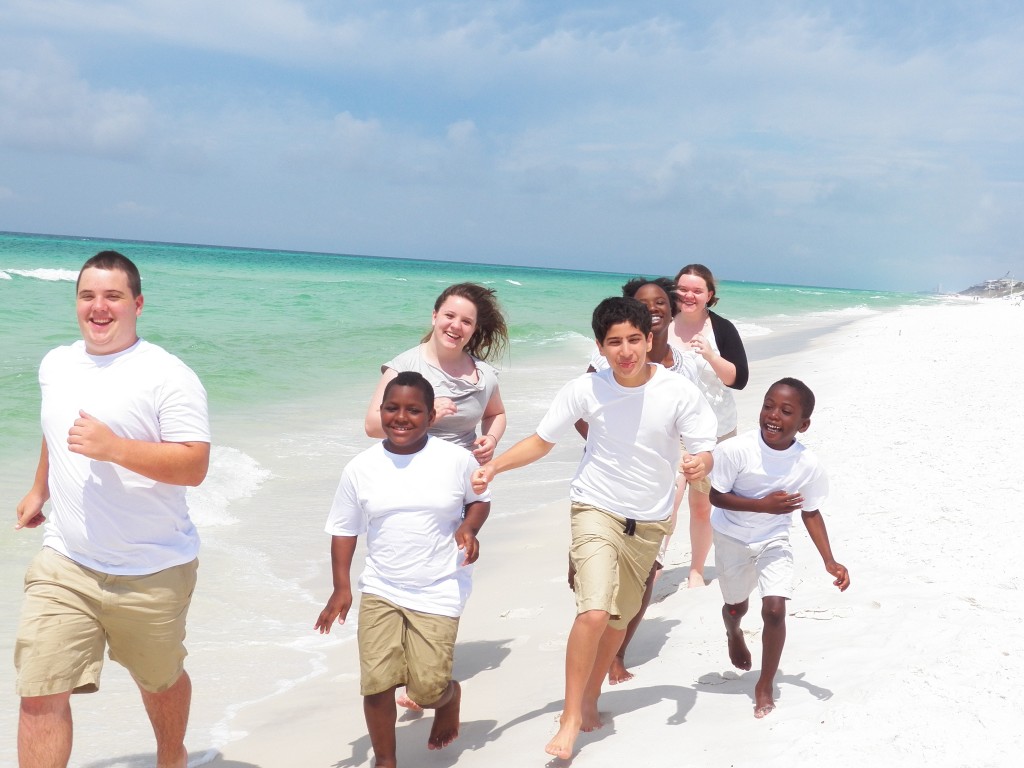 CPO is an important family ministry to the Jacobsons. Through CPO, Kelly helps other couples become parents and supports birth mothers during their pregnancy and in the years after her baby’s birth by leading support group meetings. Even her teenage daughter attends the birth mother support group meetings with her. “She is more of an encouragement to the birth moms than I could ever be,” Kelly states. The Jacobsons are indebted to Patti Schatzmann, who introduced the couple to CPO, and to Cheryl Bauman, who handily facilitated adoptions without the help of any assistants at the time the Jacobsons adopted. The Jacobsons became lifelong friends with Dean & Jeanette Hudgeons whom they met when both couples adopted babies two weeks apart. “I’m not sure I could survive without their friendship and support!” Kelly exclaims. “CPO is like family to us!”

If you are an adoptive family with CPO and would like Amie to tell your story, please contact rhonda@cpotulsa.org for more information.