Written by Amie Vetscher, this article introduces you to one of the vital parts of our ministry: our Parenting Group. Now that you’ll have met Tracie Roesslein, we will occasionally profile one of our many parenting success stories. Keep an eye on the blog in the coming months to see those!

Surpassing a twenty-year milestone in any field of work is a hallmark achievement. Devoting all of those years solely toward one organization is an exceptional form of loyalty that seems virtually extinct today. Prevailing through the perennial disappointments and triumphs of the same job, with the battle scars to prove it—that sounds like a buoy of strength in a sea of burnout.
But…doing all of this without ever cashing a paycheck? That may either be an oddity looming upon insanity, or the making of a real-world saint.
Sustained by faith that God has led her to be doing “exactly what [she’s] supposed to be doing”—and the occasional Braum’s hot fudge sundae— Tracie Roesslein has been the Parenting Coordinator at Crisis Pregnancy Outreach for the last sixteen years. 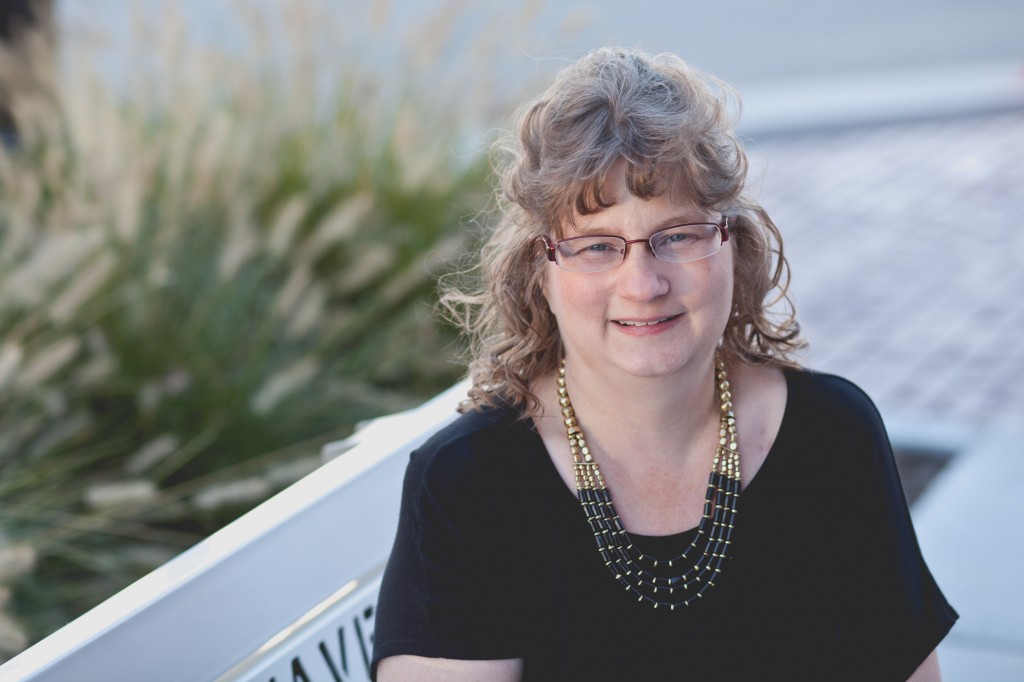 Seven years before that, Tracie started handling the food and beverage component of all of the CPO parties. When a CPO girl has a baby, her parenting mom support group or birth mom support group, along with the many families involved in CPO’s ministry, shower her with baby gifts or personal gifts. Each year, CPO also hosts two Waiting Family Workshops, four days of informative speaker panels and training for adoptive families. In addition to supporting CPO’s Parenting Moms, Tracie volunteers her to time to make sure all those events are filled with fellowship and some great food; she has been doing this for the last twenty-three years. “You could actually say,” explains Tracie, “I’ve been a part of CPO from the get go.” Founded by her mother, Cheryl Bauman, in 1983, CPO has been a part of Tracie’s life since she was a teenager. In the years of CPO’s infancy, Tracie found herself in a circumstance very similar to those women she now supports in the Parenting Group. Tracie was sixteen when she found out she was pregnant with her son Jay (now age twenty-nine), and became a working teen mother with an unsupportive birthfather at age seventeen. During that difficult time, Tracie would pray, “Lord, how are You going to redeem this in any way?” Today that answer is clear. Empathy. “I really do get where these girls are at,” Tracie says. “I get the addiction. I get the rotten boyfriend. I get that.” Some of the members of the Parenting Group, which meets weekly every Tuesday night, have been going for the last six years. They know everything about each other’s lives. Newer members of the group have three-month-olds on up. “If they’re going to parent,” Tracie believes, “they need the best advice and the best things they can do.” Now there are fifteen women who meet regularly, and Tracie has two assistants, Jenni Anthamatten and April Walter. Nutritionists, nurses, therapists and many others have presented as guest speakers to speak about child nutrition, milestones in child development, and dozens of useful and relevant topics to moms trying to raise healthy kids on their own. After sixteen years and still counting, nearly two-hundred women have been touched by the grace of this women’s group. “I have lots of moments that I’ve just been in awe of how God has moved through CPO and moved in these girls’ lives.” No one can know what the future will hold or how God will exactly move through these interconnected lives. But they can have fun together. They can be welcoming and empathetic to the next young woman who needs good advice and a solid network of dependable friends. They can celebrate new births and their children’s developmental milestones. And, in the case of their resilient and committed leader who feels she has “been there and has the kids to show for it,” they can always be there for each other. That is Tracie’s plan. “I never see myself quitting,” she says. “Never.”