When One Became Two

Today we hear again from one of our wonderful CPO birth moms, Angela McLaughlin. She shares her vulnerability with us regarding what it was like to know that the adoptive family for her son Sammy was looking to adopt again.

As I get older, I naturally have more stories to tell. And because my mind often works at warp speed, on it’s own agenda, I think a lot about these stories. I find myself telling the same stories over and over. You know, the ones your friends interrupt you to say that they’ve already heard it. These are the stories that we’re proud of. These are the stories where we did something good or brave or funny. But what about the stories that we don’t tell? The ones that make us uncomfortable, or lead us to learn things about ourselves that we aren’t proud of?

As you may have guessed, if you read my posts for this blog (here, here, and here), I’m extremely proud of my open adoption. I’m constantly amazed by this little family of love. I’m even more amazed since the Domers decided to adopt again. Abigail is now 15 months old and she’s truly incredible. She’s feisty, sweet, and cute. Man, is she cute. I’m enamored with her, so much so that I’ve heard from Samuel on several occasions “But you came over here to play with me!” 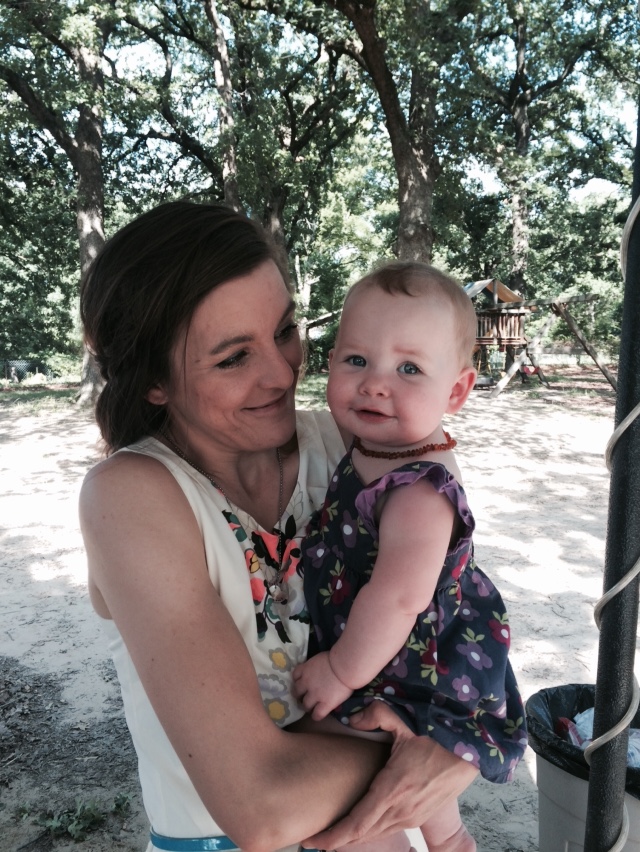 But it wasn’t so easy in the beginning. CPO has been asking me to write a post on this subject for awhile, and I’ve always hesitated. I couldn’t really figure out why. It seems pretty straightforward: Write about your feelings regarding the Domers adopting for a second time. But the post just wouldn’t write itself. I struggled with it, and after some careful thinking, I’ve figured it out. It’s not a story that starts with me being brave, or funny, or even particularly good. It’s a story that starts with jealousy and insecurity and doubt. And as I’ve realized, it’s a story that touches on some things that are pretty tough to think about. But, I’m ready to tell it. I hope it’s important, I hope it may help other people and I hope it will finally get CPO to stop asking me to write it. (I’m definitely kidding). So, here it is. The story of my reaction to Samuel getting a little sister.

It started with one of those questions that you never in a million years think you’ll hear. The parents of your child asking you how you would feel about them becoming parents again. I don’t remember exactly what I said, although Christina could probably tell you, she’s terrific at remembering things like that. But if I had to guess, I’d bet I said something along the lines of “Oh, I think that’s great!” And then the concerns set in. Concerns that were rooted in jealousy, insecurity and a narrow view of love. All the things I aimed to end in open adoption, and there they were, coming back to haunt me.

I’m a highly sensitive, emotionally high maintenance person. I can be incredibly anxious, and change and the unknown can have a crippling effect on me. It’s been an incredible blessing my whole life, and an immense struggle. And wouldn’t you know, I see Samuel struggling with the same issues. This is where I began to have serious concerns, even more serious than the ones I mentioned previously. I made an adoption plan for Samuel because I want him to have the best life possible, because I want him to always know that he is loved and have every opportunity in the world to be happy. And in my mind, especially in the first few days of her birth, I felt like Abigail might threaten this.

That’s right. I’m not proud of it. But I felt like Abigail might be a threat to Samuel’s happiness. Here’s the thing: Abigail was born under extremely dangerous circumstances and she spent the first month or so in the NICU, fighting for her life. There were some serious questions at times. Would she make it? And if she did, what would her condition be? And then Samuel broke my heart. One of the first nights after Abigail was born, I went to pick Samuel up and take him home. Christina and Damon asked me to step in, along with Damon’s sister, to help him understand and cope with what was going on. As it got later in the evening, he began to get more and more agitated, until finally he burst into tears, saying “I want my mommy and daddy.” I was helpless, and all I could do was cry with him.

A little biography- I have a younger sibling who struggles with mental disability. I love him dearly, but there were many times in my childhood and even now as an adult that I feel exactly the way that Samuel felt that evening. When you’re a highly sensitive person you require people to treat you a little more delicately than others. When you don’t get that treatment, which can be time consuming, it can be crushing. A sibling with a disability takes a lot of time. It can be extremely difficult to deal with, and I was terrified that Samuel would not get what I thought he needed. I was not only mourning my past, but I was afraid I would be mourning his future as well.

It’s more clear to me now that I was being selfish. And that despite the evidence I had in front of me, that I was not placing my faith in the love that built Samuel’s world. I may start to sound like a broken record, but LOVE builds open adoptions. Love builds all families. I loved Abigail from the moment I met her. I’m incredibly thankful for her, because she’s already taught me so much. She taught me to be brave, not to give too much thought to the odds against you, and to let my doubts go. She’s taught Samuel patience, self control and sharing. And while he’s still my number one, in some ways I’m able to be closer to Abigail. I’m not grieving over the loss of a child, so I’m less inhibited with her. I’m able to give her affection in a way that doesn’t cause me pain, something I’ve only been able to do in the last couple of years with Samuel. I’m so thankful for that. 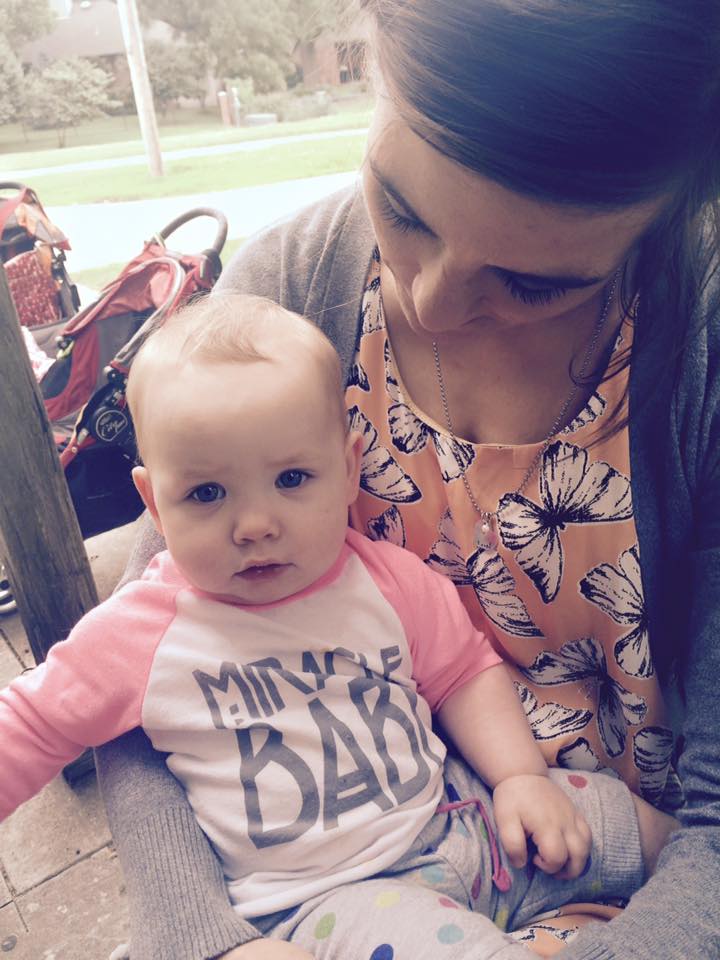 That’s my story of the Domers adopting again. It’s not always a pretty one, and there are definitely some moments that I’m not proud of. Open adoption is like that. Making one family out of two or three or four isn’t always easy; we all have different stories we want our lives to tell. At the end of the day though, maybe it’s best we take a step back and let the story tell itself. Because while we don’t always get the ending we want, if we can keep love in the forefront, it’s gonna be a good one.