Families come in many shapes and sizes. For this, I am grateful. Twenty years ago when I started thinking about having my own family, I never knew how big and beautiful it would become.

I became pregnant with Hank in 2002. He was born in March of 2003. He was 5 weeks early and we were both pretty sick. I had never heard of the HELLP syndrome, but I had it and the only way to fix it is to have the baby. Therefore, I had a preemie. (Hank was soon thriving and is now a healthy, happy 16 year old.)

In 2007, we decided we wanted to add to our family, but knew that pregnancy could be risky. So, we found CPO. That summer, we got a “drop in”. His name is Barrett. His birth parents weren’t in a place to parent, so I woke up one day a mother of one child and by 10 that morning, I had two boys!!

A year later, those same two birth parents had another baby boy. Eli was lovingly placed with the Hisey family. We wondered how we would navigate these waters, but both of our families knew that we wanted the boys to have a relationship since they were biological brothers. It was fun to watch these two boys. We made it a point to get them together at least a couple of times a year. We knew then that Eli and Barrett would have an incredible bond that we wanted to nurture and support. We also agreed that our other children should be considered family as well. We didn’t want to leave anyone out.

A few years later, the same two birth parents had another baby. It was a boy, Dax, and he was placed with the Hisey family too. So Barrett had another brother. We were thrilled. Again, we would get these boys together and talk about the way their eyes crinkled up and shined when they smiled or how that had the same “duck tail” on the back of their hair. I loved having this for Barrett. And for Hank.

A few years later, Abigail was born. Same birth parents. We couldn’t believe that we had a sister. She was placed with the Domer’s and we were all immediately smitten. When she was a baby, we would say she looked like Barrett with a bow in her hair!!

Today, we live in Tulsa, the Hiseys are in Enid and the Domers are in Broken Arrow. I would love to say that we see each other all of the time, but you know how life is. School, sports, church, families, etc make schedules complicated. But, I will tell you that my heart holds not only Hank and Barrett, but also the Hisey and Domer children.

Barrett loves having his younger siblings. In our house, he is the baby. But, with his biological siblings, he’s the big brother.

When Barrett was “graduating” from elementary school, all of the 5th graders were interviewed for a supplement for the year book. Some of the questions included favorite color, nickname, etc. But, I was speechless when I saw his answer to the question about siblings. He said, “ I’ve got two biological brothers, a biological sister, 2 step sisters and a brother. “ There is so much I love about this. 1. His biological family is always in his heart. 2. Hank is just that, his brother. 3. He is proud of his diverse family. It may not be like his friends, but it’s his and he’s happy.

At the end of the day, I have a really big, beautiful family. We pray for each other, celebrate each other and love each other. We know that our children have something really special that we want to honor. We are so grateful that these birth parents chose life and chose us. It’s all a great big blessing from God that gave us a wonderful, big family. 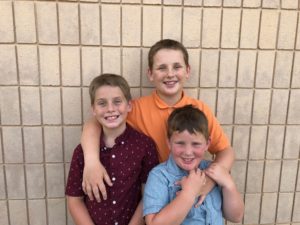 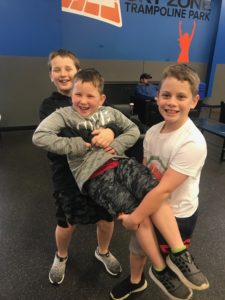 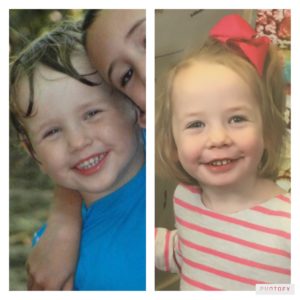 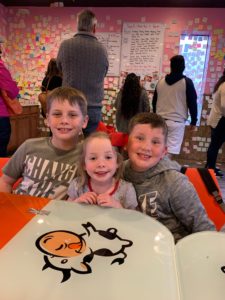 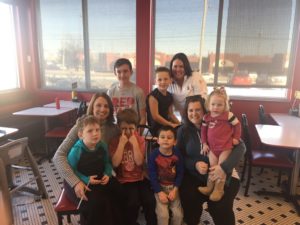